South Africa’s economy grew by 0,7% in the third quarter of 2015, according to preliminary estimates of real gross domestic product (GDP) released by Stats SA.

After experiencing a 1,3% contraction in the second quarter, the marginal GDP growth in the third quarter staved off a technical recession. A recession is usually said to occur if a country experiences two consecutive quarters of GDP decline.

The increase in overall economic activity in the third quarter was characterised by three of the ten main industry groups shrinking in size, while the other seven experienced some growth1.

The agriculture industry experienced the largest fall in activity, contracting by 12,6%. Decreases in the production of field crops (such as maize, sunflower and sugar cane) contributed to the industry’s decline.

Activity in the mining industry fell by 9,8%. Lower production in the mining of coal and other minerals contributed to the decrease.

Electricity, gas and water supply was the third industry to experience a contraction in the third quarter, falling by 8,0%. This was mainly as a result of a decrease in the production and consumption of electricity.

The manufacturing industry grew by 6,2% in the third quarter. Increased production of various products, such as food & beverages and wood & paper, contributed to the rise in activity. This followed two consecutive quarters of contraction in manufacturing.

Other quick facts from the latest GDP release:

• The unadjusted real GDP at market prices increased by 1,0% year-on-year.

• The estimate of real GDP for the first nine months of 2015 increased by 1,5% compared with the corresponding period in 2014.

• Nominal GDP was estimated at R1 007 billion for the third quarter of 2015 (the first time quarterly nominal GDP has exceeded R1 trillion). 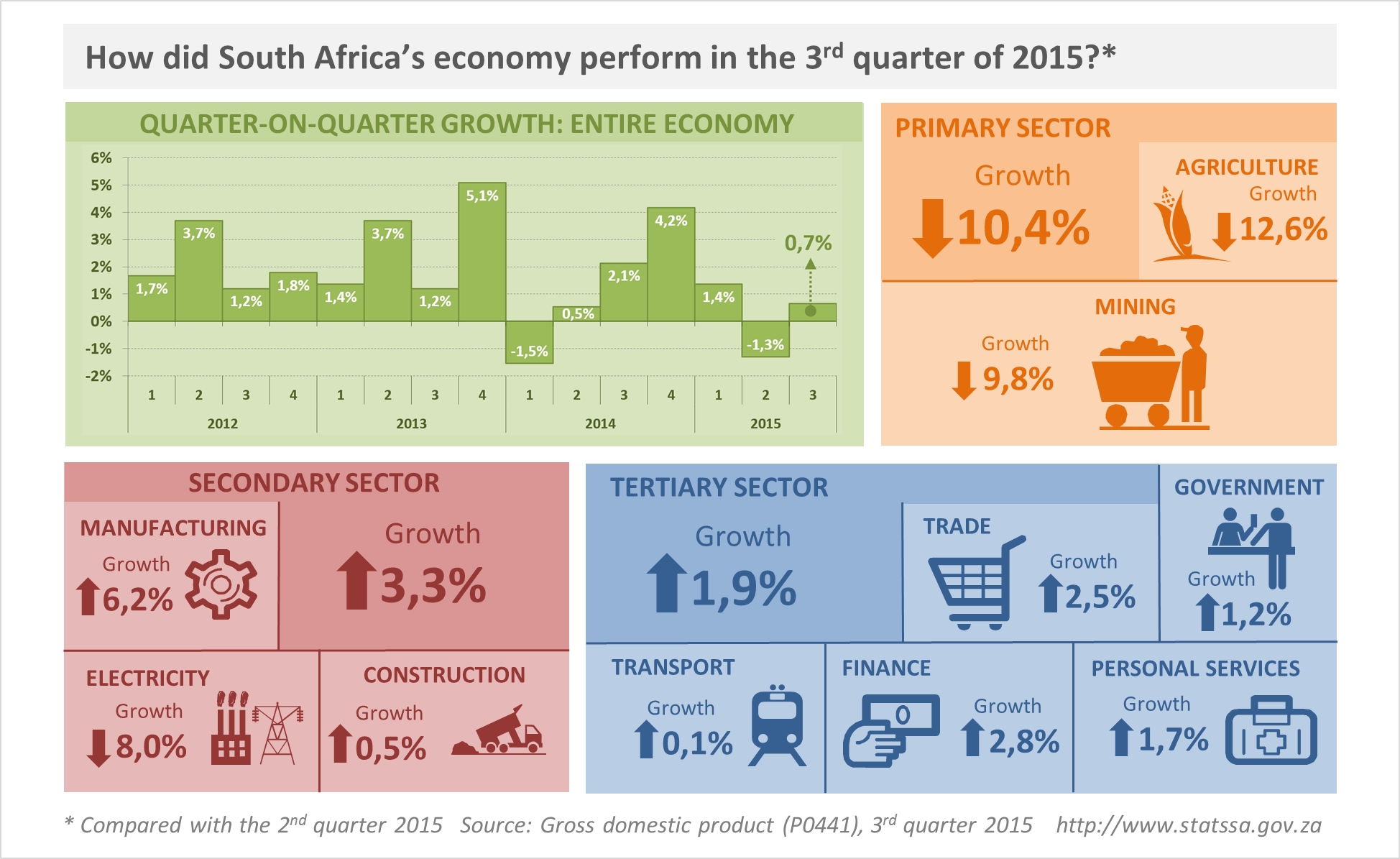