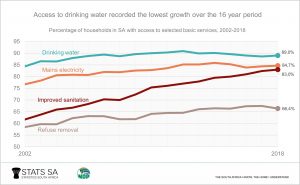 The relative growth is compared in the graph below, which outlines the cumulative growth over the period 2002 to 2018 for each service. 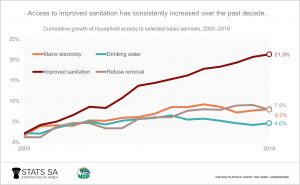 According to the GHS 2018 survey, access to improved sanitation has consistently increased over the past decade. The figures, however, reveal that access to the other basic services has largely stabilised over the past five years, and that in the case of drinking water, access has actually shown negative growth since 2014. 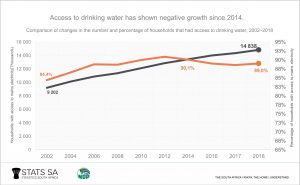 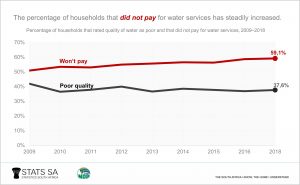 For more information on the levels of development in the country as well as the extent of service delivery and the quality of services in South Africa, download the full report here.