Mining: winners and losers of 2015

How did South Africa’s major minerals do last year? With mining recently under the spotlight, Stats SA’s latest Mining: Production and sales release provides an overview of mining performance in 2015. 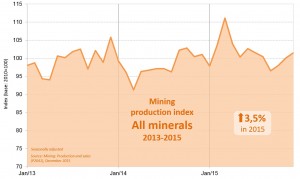 The four most important minerals to the South African mining industry are coal, gold, platinum group metals (PGMs) and iron ore. Together, the four contribute 80% to total mineral sales. 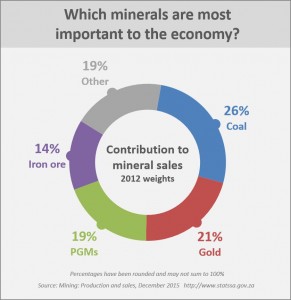 PGMs were the main contributor to the 3,5% rise in overall mining production. Of the four major minerals, the PGM group was the only one to record a production increase in 2015. The low base created in 2014 by the PGM miners’ strike saw PGMs performing strongly year-on-year in the first half of 2015, with production rising by 46,2% for the year as a whole. 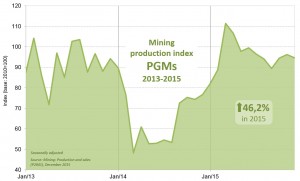 So is it really fair to celebrate such a large percentage increase when all we are doing is comparing with a year (2014) that recorded abnormally low production levels? Turning the clock back a little further, it might come as a surprise that 2015 was the best year on record for PGMs since 2011. Production in 2015 was 4,2% higher compared with 2013, and 8,3% higher compared with 2012.

South Africa is a major producer of iron ore, which is the key input for basic iron and steel manufactured products. The manufacturing of these products decreased by 7% in 20153. 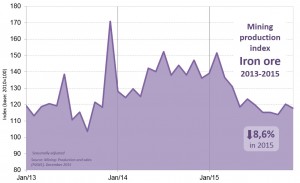 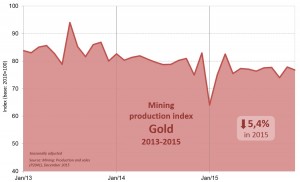 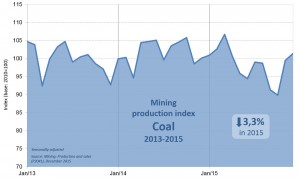 The mining industry remains an important player in South Africa, contributing 8% to the nation’s economy5 and employing 5% of the formal workforce6. It remains to be seen how the industry will perform in 2016. With current economic conditions placing pressure on both South African consumers and industries alike, it seems only prudent that everyone should hang on to their hats and prepare for a possibly bumpy 2016.

3 Visit the archive for Manufacturing: Production and sales here.

4 Visit the archive for Electricity and available for distribution here.