Due to rounding, numbers do not necessarily add up to totals. 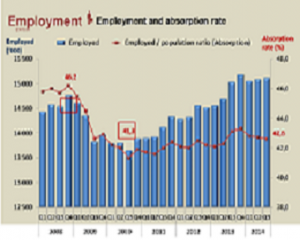 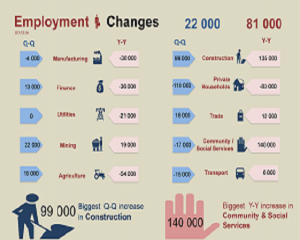 Table A shows that employment in both the formal and informal sector increased on a quarterly basis by 88 000, 28 000 respectively. And while employment in the Agriculture industry rose by 16 000 over the same period, there were job losses of 110 000 in Private households. 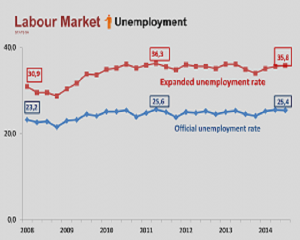 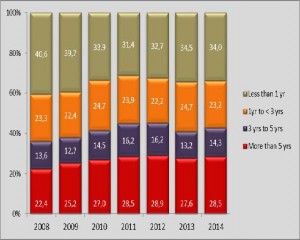 The analysis this quarter focuses on the profile of those in long-term unemployment over the period 2008 to 2014.  The duration of unemployment is of particular interest as the longer a person is unemployed, the less likely they are to find employment, in addition skills deteriorate and future earnings may be negatively impacted.  The following are the key findings: