Formal sector employment was virtually unchanged at 10,8 million compared with the previous quarter, while both Private households and Agriculture shed jobs (14 000 and 5 000 respectively).

Over the same period, the absorption rate decreased by 0,5 of a percentage point to 42,8% and the number of discouraged work-seekers increased by 154 000. 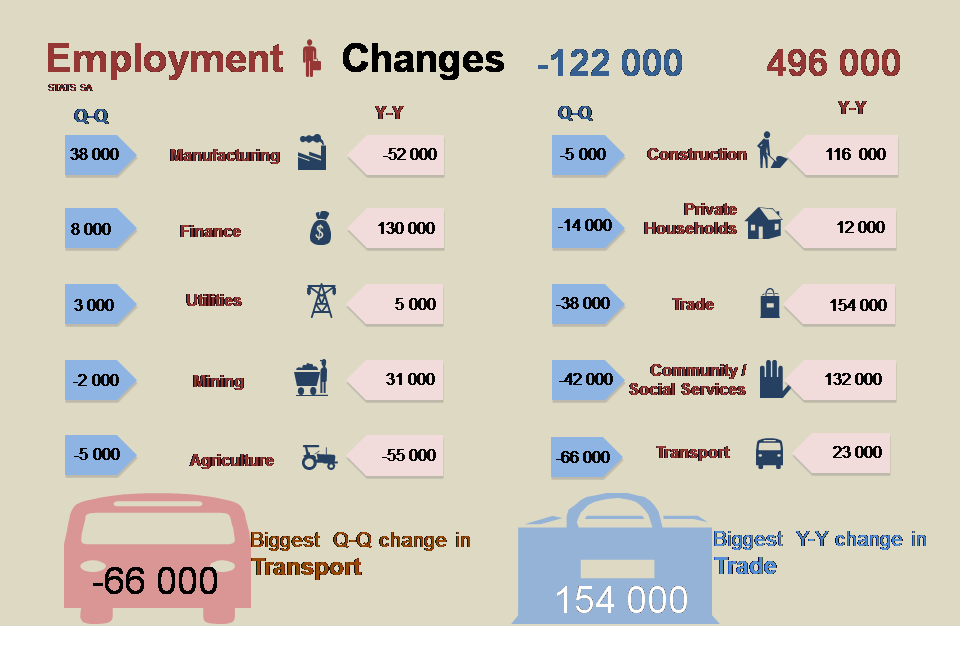 Although employment decreased quarter-to-quarter, it increased by 496 000 compared to the same period last year. The industries that contributed most to the year-on-year increase were: Trade (154 000), Community and social services (132 000), Finance and other business services (130 000) and Construction (116 000). 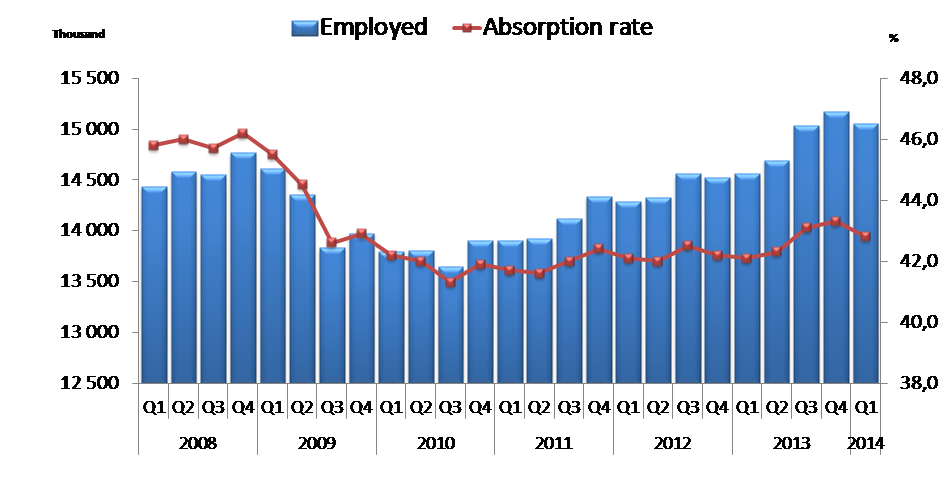 Youth continue to be vulnerable in the labour market. Although their level of educational attainment has improved over the period 2008 to 2014, their labour market situation deteriorated markedly during the recession. In Q1: 2014, the unemployment rate among young people aged 15-34 years was 36,1% which is 3,4 percentage points higher than in Q1: 2008. Young people who are employed are more likely to be employed in precarious conditions; for example 20,7% of employed youth are on contracts of a limited duration compared to 10,8% of employed adults.